We see an open http server on port 80. After browsing to the site we’re greeted with this page.

On this page there are two links: login.html and signup.html Both have the same page on them

There is nothing suspicious in the source code so after running a quick gobuster scan with raft-large-files.txt we can find admin.html

The script contains two functions (string_to_int_array and int_array_to_text) and a form handler. Inside the form handler we can see a check for the correct password and a redirect to a “secret page” 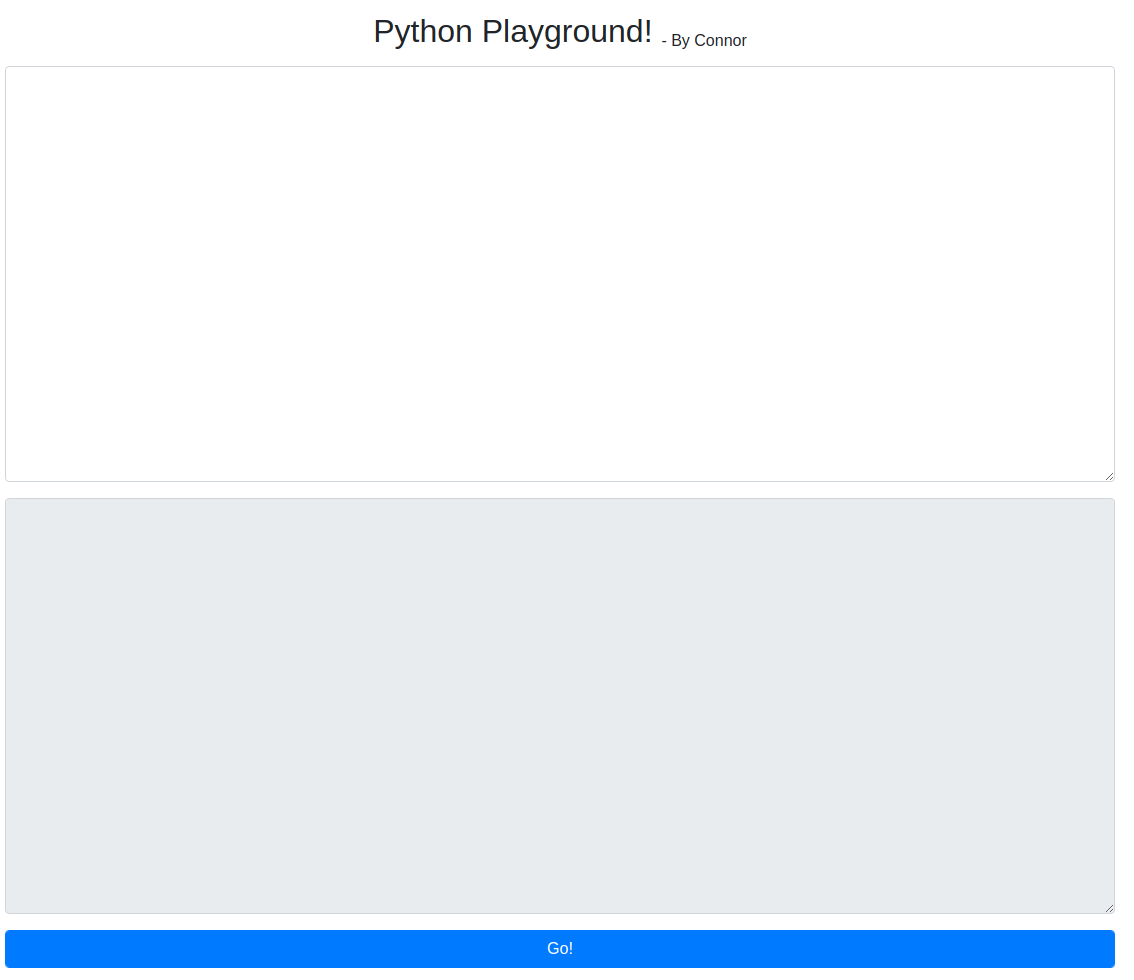 The index page also mentioned a blacklist forbidding people from executing code on the underlying system.
After many attempts I figured out that the blocked keywords were: “import “, “eval”, “exec” and “system”.

I figured out an overcomplicated way of bypassing it. It revolved around a base64 encoded file being unpacked onto the system and executed with an import function.

This approach works but there is a way simpler way to get a shell on the system. Instead of using a space after the “import” keyword we can use a tab which is still parsed by python (Thanks jammy for letting me know) This way we can use the pentestmonkey python reverse shell without any problems.

Looking around the filesystem we can see the project code in /root/app, flag1 in /root and a weird mount in /mnt/log (we’ll come back to it later).
Most of binaries are missing so this is probably not the way which we should use to progress.

There are no other flags on this system so it is probably a container of some sorts.

With the root shell being probably in a container we need to backtrack for a second and figure out the credentials to the admin page as they might be reused for ssh access.

The admin “login” site had all the code clientside which makes it easy for us to reverse-engineer it:

From going through the code we can deduct that:

With the “encoding” function known we can write a “decoder” for the password:

Looking around the system and using linpeas and trying to exploit things didn’t reveal much, doing similar scans on the container also resulted in nothing.
Thanks again to jammy for making me realize that the /mnt/log in the container was linked to /var/log on the parent machine just like I suspected earlier.
With this in mind we can create a file with suid bit set and execute it afterwards as connor. (This is possible because the root user id is the same across systems)