Capture five flags from the machine

Let’s start with a nmap scan

When we visit the page we’re greeted with a simple page that apparently is a blog.

Our nmap scan told us that there is one entry in robots.txt: “/admin”
After visiting that site we’re prompted for a login 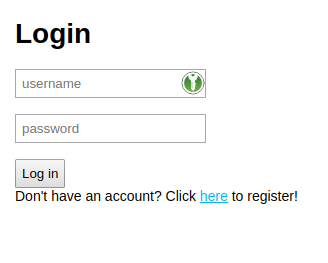 The blog post said something about the blog being built with a NoSQL database so with that in mind we have to prepare a NoSQL payload. Our scan also said that the site is built with NodeJS and a common NoSQL database that is used with node is MongoDB so we can safely assume that’s the one used here.

On the login page we can find a clue in the source code.

This tells us we should use json as our request body. We can find some example payloads on PayloadsAllTheThings and the one that imo fits the best here is this one

JS code (paste in the console on /admin)

This tells us that this is probably running in an eval call somewhere. If we go back to our nmap scan we can see “Node.js (Express middleware)” so we assume that the backend is running NodeJS.

If we put a “console.log” in there we only get undefined. This might be because the output is shown only on the application log.

To test if the backend is really running JS but without console access we can try to call an anonymous function.

Now we can be 100% certain that the backend is running Node. We can try to execute a reverse shell with node’s “child_process” module

In the home directory we can find the blog dir, a startup script and our first flag (2nd on the site)

When going through the code of the blog we can find an interesting directory called “models”. It contains files that define structures in the Mongo database. We can see models for a post, user and a third object called “whatCouldThisBe”

The admin, config and local DBs are built-in so the one that is interesting to us is the “daves-blog” one We can switch to a specific db with “use

With the table names known we can now fetch all entries by using “db.

Here we see our second flag (1st on site)

And here’s our third flag (also 3rd on site)

If we check our sudo permissions we can see that we can run a “uid_checker” binary. When running it nothing seems weird

After downloading the binary locally and checking it with strings we can find our 4th flag.

From this we can conclude this binary doesn’t have any security measures besides the non-executable stack. Because of this we’ll need to use something called Return Oriented Programming (ROP). ROP is a way of exploiting instruction chains ending with “ret” (called gadgets) to make the program run something we want it to do (call another function, spawn a shell etc.)

Because I was lazy and not really experienced I used ropstar. It’s a tool made by xct that automates finding the offset and gadgets and uses them to spawn a shell.

Ropstar generated me a payload that looks something like this:

Let’s break it down: It consists of 88 bytes of padding (cyclic value from pwntools) and then 6 addresses after that:

The “pop r15; ret” call is the so called “gadget” because it consists of instruction(s) ending with a “ret”. It’ll pop a value from the stack and put it to the r15 register.

The “.bss” address is just an address used as an argument to these functions (gets will put the value, system will run the program that is specified there) The gets and system addresses are libc functions with links in our binary.

Because ropstar/pwntools usually operate on normal tcp sockets and not ssh ones we don’t have an option to expose the program on a port. This is where pwntool’s ssh channel can come in:

Yes, I know that this could be solved with less addresses or with a different connection but I didn’t understand how this works at that time.