Where is Twardowski? CTF by SecuRing Twardowski, one of the greatest hackers in Cracow, has been missing for 3 days now. He left some notes, but nobody can access them. Can you help us?

~taken from the rules page

Link to the CTF: https://twardowski.securing.pl/

This CTF was organized by SecuRing as a week-long CTF with small challenges sprinkled around a website and final flags for getting to a hidden directory and getting all flags.

After checking the source code of the page I noticed there were around 1000 lines in the documents, most of them empty. I was able to find the flag around line 500

To find this flag I had to check cookies that the site created.

I found this flag by looking at robots.txt

I also got a .DS_Store hint here

.DS_Store is a file created by OSX systems to save metadata about directories in Finder. With this file I was able to extract the list of file entries in “/static/”

I found this flag when I stumbled upon the 404 page. The text is somehow readable after flipping it

I found this flag in flag.html (mentioned in .DS_Store) 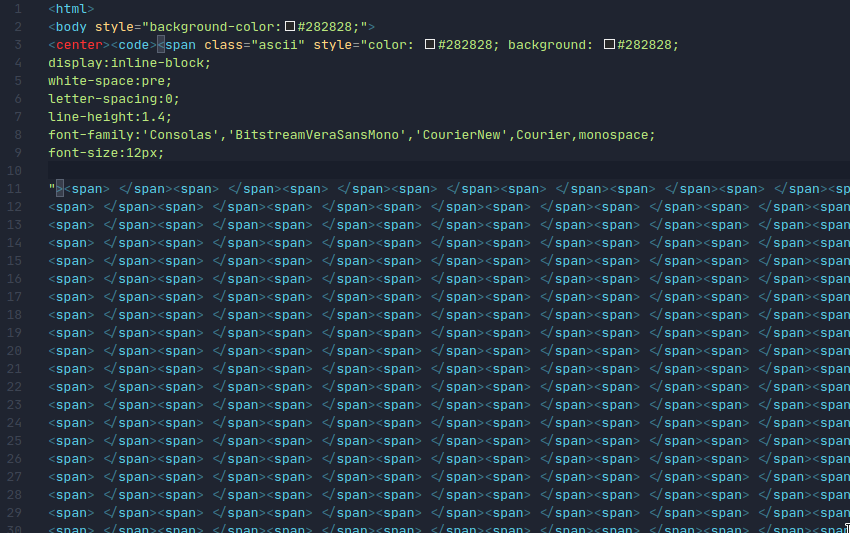 After copying the text straight from the page to a text document (with the spaces preserved) I prepared a python script to convert it into a qr code image:

NOTE: Height is doubled because without it the image is squished and unreadable by most readers i tried 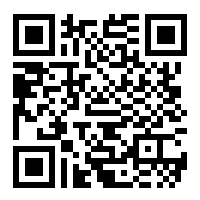 I found flag 807 in the “hello_world” file mentioned in DS_Store. After downloading it I checked it with file

After analysis finished I noticed two suspicious functions in the function listing: 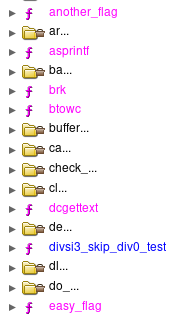 The “easy_flag” function was just a decoy, didn’t really contain anything interesting

After cleaning it up a bit in ghidra (retyping the return value, changing the variable name) I saw the individual characters clearly

I copied the chars manually and with some vscode multi-cursor magic got them to a single string.

This flag was hidden in index.html in a commented-out JS snippet.

The script was obfuscated with a common technique that uses an array for strings and mixes them up. I cleaned it up and this is the resulting code:

For this flag I had to make a quick directory scan of the site (i used quickhits.txt from SecLists) and I found .git/

With .git discovered i used GitTools to extract most of the files and was left with a git repo (although a bit broken)

And here’s our flag

80a is located in the same repo as 809, just in a different place and at a “different time”.

I found it by browsing all files in different commits.

I found it as a “test secret” in base.html in “Added icons”

I already found this flag when filtering entries in .DS_Store

This flag was located in “static/secret_message_inside.zip” on the webserver (found by .DS_Store)

After the script unzips all of the files I saw this in flag.txt

80d was located in a .apk file called zRZYMappka

After downloading it and opening it up in jadx-gui I saw that it’s a cordova app meaning it’s written as a webapp rather than a Java app.

Looking at the decipher function I saw that it uses XOR with a single key for all characters. I was able to easily bruteforce that in cyberchef with the starting string hardcoded

For this flag there were two ways of getting it. I could either:

From the filename I presumed this is a firmware update for a embedded device. Binwalk successfully extracted two squashfs file trees that look identical at the first glance but it’s easy to check that with diff

There were two files that were different between the directories.

This file is an audio file with a piano playing and two distinct audio tracks layered onto it. On one channel I heard random beeps and sounds which sound like SSTV, on the other one I was able to hear a TTS program saying random words. 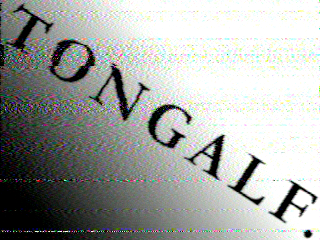 This gave me an idea that this might be NATO phonetic alphabet. After finding a translation chart with pronounciations listed I was able to decode the entire message (took me almost half an hour to decode the whole thing)

So this was a big waste of time

This flag was also hidden in the rb500 firmware update. It was the second file that was different, “motd.gz”

After gunzipping it and reading the file I got this:

This flag was pretty easy but easy to overlook. In the source code of the page I noticed that the CSRF token had b64 padding which threw me off a bit. 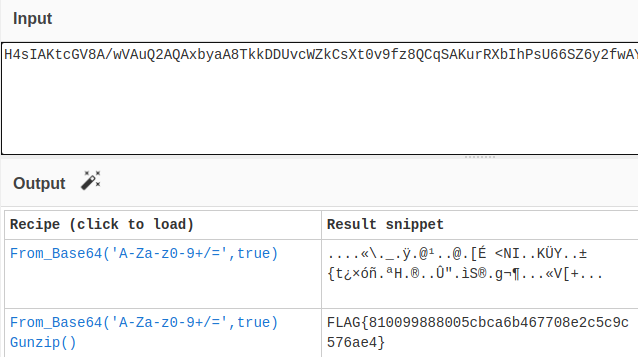 This one was hiding in favicon.ico

This flag was also hiding in icons, this time in the apple ones

813 was hiding in the background but not the copy that is on the site.

The style.css linked on the page was hinting that something is up with the background

After downloading the file, opening it up in stegsolve and browsing the various color planes I found it hiding on the gray bits plane.

This one was a real pain to get to. The only file I had left was a index.php file from both “static/” and the git repository.

Most of the tools I tried didn’t work but my teammate sent a very promising blog post about decrypting those. Blog post

Apparently zend obfuscated files have an expiry date. This required me to change my system time back to 2008. With that I was able to decrypt the file

The site said that if you submit 10 flags you get access to Twardowski’s personal notes. After submitting them I got redirected to this 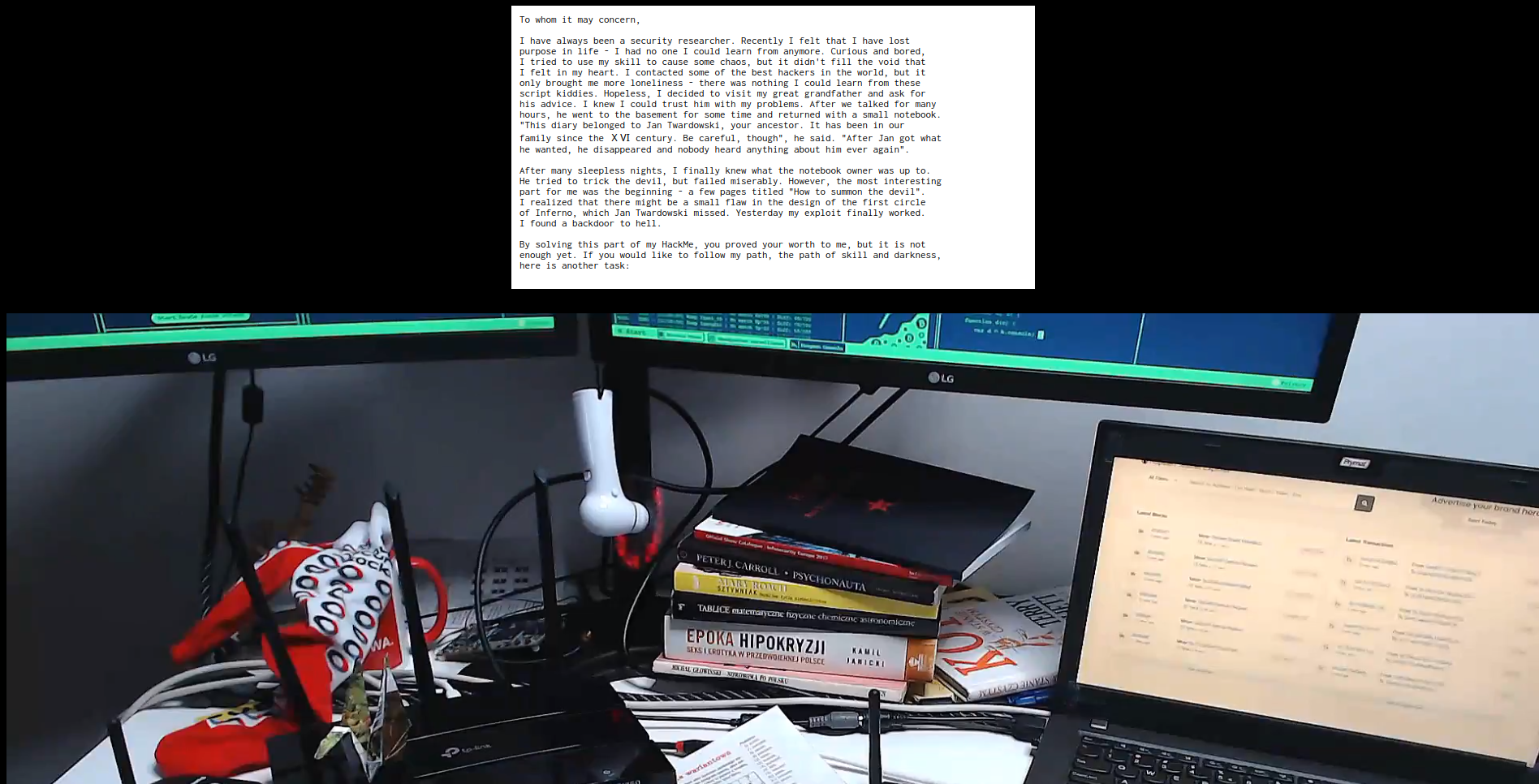 To whom it may concern,

I have always been a security researcher. Recently I felt that I have lost purpose in life - I had no one I could learn from anymore. Curious and bored, I tried to use my skill to cause some chaos, but it didn’t fill the void that I felt in my heart. I contacted some of the best hackers in the world, but it only brought me more loneliness - there was nothing I could learn from these script kiddies. Hopeless, I decided to visit my great grandfather and ask for his advice. I knew I could trust him with my problems. After we talked for many hours, he went to the basement for some time and returned with a small notebook. “This diary belonged to Jan Twardowski, your ancestor. It has been in our family since the ⅩⅥ century. Be careful, though”, he said. “After Jan got what he wanted, he disappeared and nobody heard anything about him ever again”.

After many sleepless nights, I finally knew what the notebook owner was up to. He tried to trick the devil, but failed miserably. However, the most interesting part for me was the beginning - a few pages titled “How to summon the devil”. I realized that there might be a small flaw in the design of the first circle of Inferno, which Jan Twardowski missed. Yesterday my exploit finally worked. I found a backdoor to hell.

By solving this part of my HackMe, you proved your worth to me, but it is not enough yet. If you would like to follow my path, the path of skill and darkness, here is another task:

The picture of the desk was actually a video.
It contained an image of a laptop and two displays, a router with flashing lights and multiple crosswords with Ropsten, twarde krypto (hard crypto) and some 4 bit sequences written on it.

The lights on the router seemed random at first but after seeing the note with 4 bit sequences and that only 4 LEDs changed on the router and that the WiFi diode was lighting up in the same pattern.

To me that meant that it was the “clock” signal and that I should record the state only when it was turned on. The resulting pattern was (in hexadecimal)

It wasn’t obvious to me but my teammates noticed that after stripping the zeroes from the start&end this was a valid contract address on ropsten. The contract’s code had an interesting string coded into it

We can check for transaction input data in their details

As the code said, after XORing it with 0x61 I got some random data and a message appended after it: 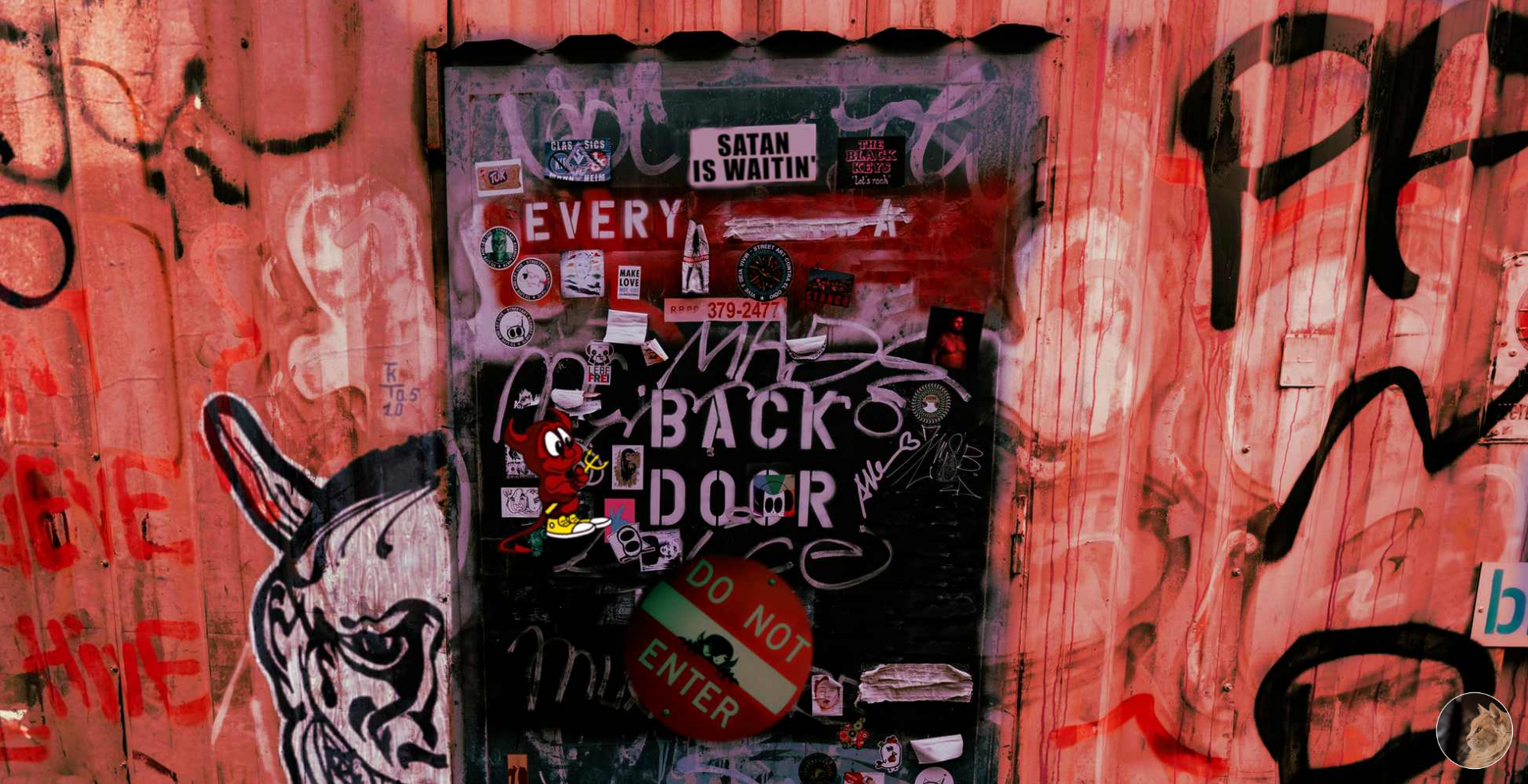 The cat icon was a button to activate a chat window. After clicking it I was greeted by “The Devil Himself” 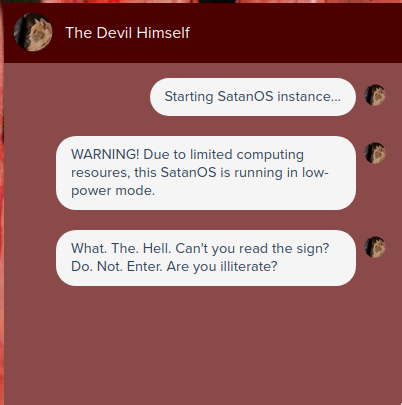 The bot responded that the command is only accessible by his master. So I decided to ask him what is his masters name 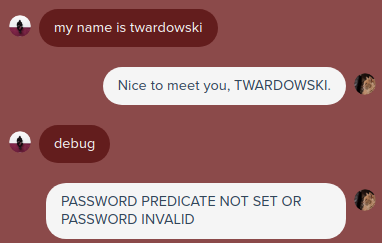 Now it wants a password. I asked the bot for the password and it responded to me that admin1 is definitely not the password. So i tried it 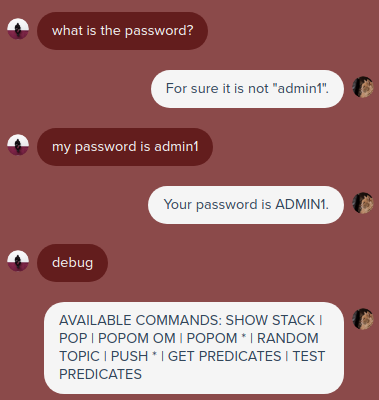 I tried experimenting with the commands and found out that: 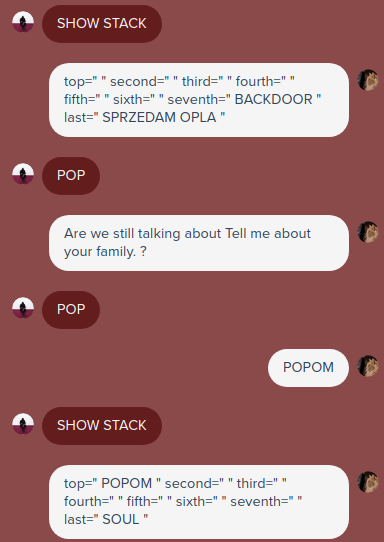 To get this flag I had to submit all 20 flags on the main site. After that it redirected me to a page with a “mailto” link to send the flag